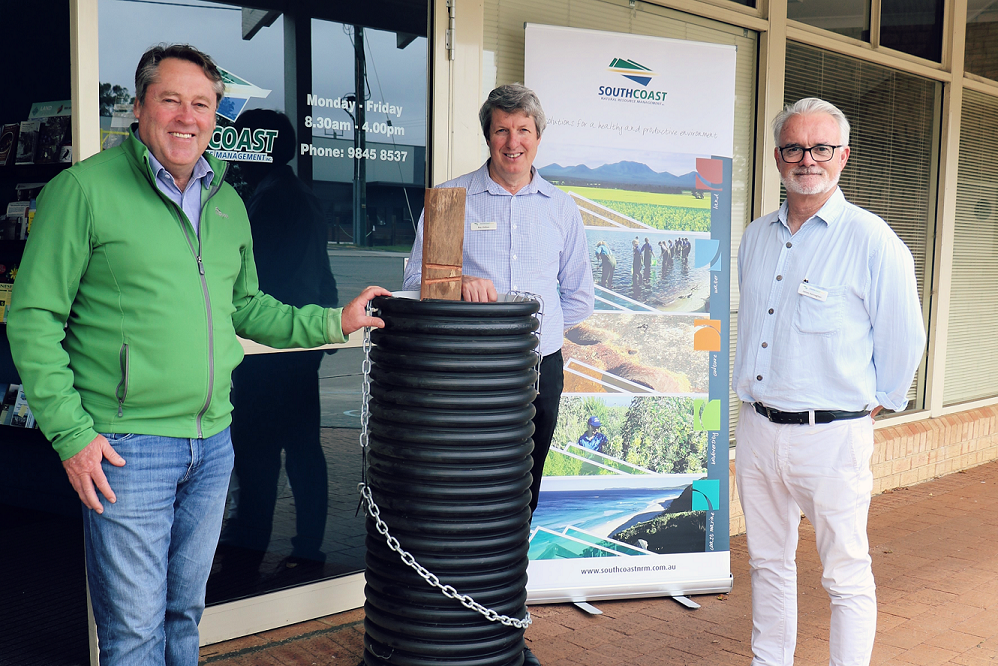 Recovery actions across twelve private properties located in the South Coast region have been successful in boosting the population of endangered Carnaby’s black cockatoo.

Through a project funded by the Australian Government Environmental Restoration Fund, South Coast Natural Resource Management (South Coast NRM) have been working in partnership with Birdlife Australia and other regional NRM groups across the southwest to assist private landholders with improving the habitat values of black cockatoo nesting and feeding sites, which in turn have benefited fledgling survival rates.

Federal Member for O’Connor Rick Wilson MP said he was very pleased the Commonwealth could assist efforts to increase the population of Carnaby’s black cockatoo.“With my electorate spanning the vast majority of the south coast, a region known for its incredible biodiversity, I am naturally keen to see our endemic species survive and flourish,” Mr Wilson said. “To that end, I applaud the work South Coast NRM and landholders are doing to protect this magnificent, and well-known, cockatoo species.”

South Coast NRM Board Member James Kernaghan reiterated the importance of the work. “What is most pleasing is to see tangible outcomes from the work being done by the team at South Coast NRM. To see footage of newly hatched chicks in artificial nests is truly a heart-warming outcome.”

Experts estimate that in the last 50 years, the population of Carnaby’s black cockatoos has declined by 50%. They live relatively long lives but have low breeding rates, so protecting their habitat is essential for the survival of the species.

After two seasons of recovery actions, the results from the Protecting WA Black Cockatoo’s project are promising. The number of breeding pairs has increased across the region following installation of “Cockatubes” ( an artificial nesting hollow device manufactured in WA), repairs to natural tree hollows, fencing around cockatoo feeding habitats, and weed and pest control measures. Monitoring of 500 natural hollows and 30 artificial Cockatubes has recorded a steady increase in fledgling numbers, with one property doubling the number of black cockatoo chicks hatched and raised in Cockatubes across two breeding seasons.